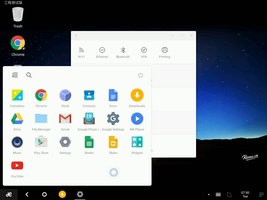 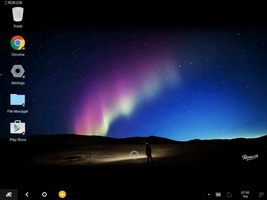 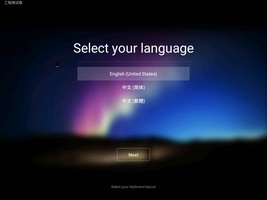 Advertisement
Remix OS is an operating system that brings the Android experience to desktop computers and laptops, adapting the environment to PC standards. It's based on the Android-x86 project, and lets you launch apps and take advantage of all the features of the Google environment.

The interface presents a multitask desktop that supports several layered windows, as well as a taskbar similar to the one on Windows 10 and a remake of the notifications bar. You can even right-click on different elements to open context menus and create keyboard shortcuts to access apps directly by pressing the physical keys. It incorporates all these features without ignoring the main aspects of the Android system and its integration with your Gmail account. The OS can be installed from a USB drive, or run externally through the Live CD mode. It can also work alongside other operating systems, and lets you switch between them at startup.

Remix OS is an interesting alternative that goes a step beyond mere simulations like Bluestacks to let you increase the performance of less powerful devices, and use Android applications even more efficiently than on a mobile device.
Reviewed by Álvaro Toledo Translated by Robert Zant

Includes both the ISO disc image as well as a tool to copy it to a USB drive.
Advertisement

Requirements
If you use it on a USB drive, it needs to be a USB 3.0 formatted in FAT32.

Why is this app published on Uptodown?
(More information)

does it work smoothly without VT or it requires vt enabled

it is good but after some days it miss their files

I have a surface 3 tablet windows 10 I would like to know if it will work with Bosch measureon app android with blue tooth. This is the only reason I would use it. No games

I'm wondering how to get rid of the remix os item in the windows boot menu. There is no entry in the bootmanager but if now tow entries when booting (I installed it two times)

Hello. How to connect the Internet via a cellular modem in Remix OS? Jan 13th, 2016 How to install Remix OS, an Android operating system for PC